And, what’s wrong with many of them? Play-to-earn (P2E) games have gained massive popularity in the gaming community in the past few years. As opposed to traditional gaming which often… 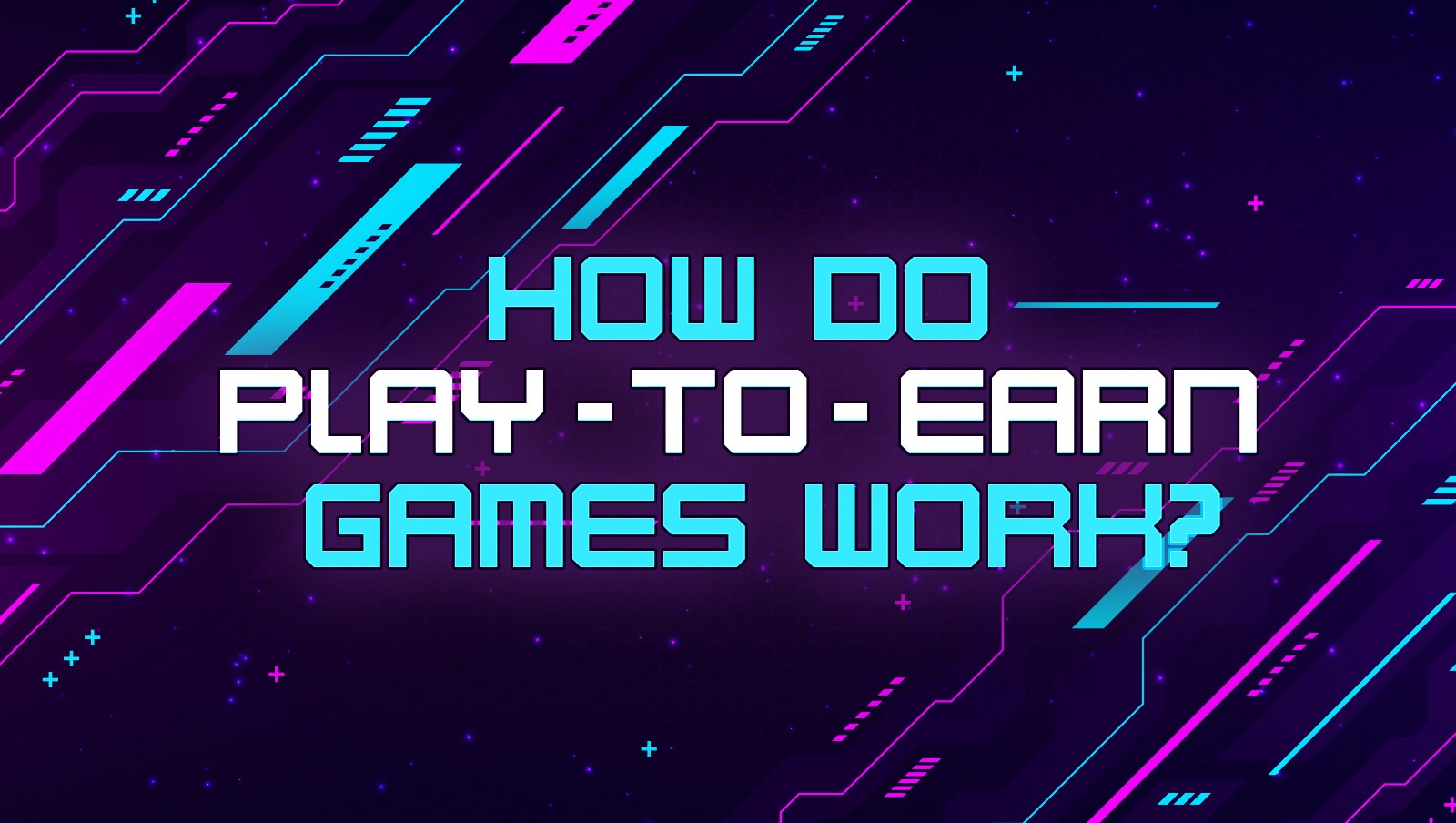 And, what’s wrong with many of them?

Play-to-earn (P2E) games have gained massive popularity in the gaming community in the past few years. As opposed to traditional gaming which often makes you spend on assets you don’t really own, the play-to-earn gaming model aims to value players’ time and effort by giving them financial rewards.

However, the big picture is not that simple and some major disadvantages of the play-to-earn business model are also coming to light. Most importantly, many of the most popular P2E games are financially unsustainable, and they are also losing out on the entertainment part of playing games.

How do you earn money with play-to-earn games?

Let’s first take a look at traditional video games. Many of them are casual games like the ones we play on our mobile phones while waiting for a bus, an elevator, or in a waiting room. Some of them are premium games where you need to pay an initial amount before being able to play, like buying a console, the game itself, or a subscription. In general, though, you spend your time playing because you enjoy the game and you may also spend some amount of money on in-game assets. In effect, the game itself creates value in the form of a fun experience and the players buy that value with their time, some advertisements or some micro-transactions or subscriptions such as season passes.

Traditional video games, in most cases, will not give any financial returns to casual players, and their in-game assets are controlled and held by the gaming company. P2E games, on the other hand, usually give players complete control over their in-game assets thanks to the NFT technology while also providing opportunities for them to earn money or at least, recover an amount corresponding to their in-game efforts and/or initial investment to play by selling the NFTs they earned or bought by playing the game.

In play-to-earn games, players can earn in-game rewards by completing tasks, battling other players, building monetized structures on their plot of land, and progressing through the different game levels. The reward can take many forms, including cryptocurrencies or in-game assets such as digital land, avatars, skins, weapons, tools, etc. Most in-game assets are non-fungible tokens (NFTs) that run on the blockchain and can be traded on NFT marketplaces.

In play-to-earn games, you are the true owner of your in-game assets: you can buy and sell them. In-game assets can range from avatars, skins, weapons, tools, or cards to financial rewards like cryptocurrency and tokenizable assets that can be sold as NFTs. The more you play, the more assets you can collect.

In traditional games, these assets are only valuable within the context of the game, you cannot do much with them outside the game. In play-to-earn games, on the other hand, your assets have real-world value. You can sell them for cryptocurrency or fiat money on your own terms. Some P2E games also allow players to earn passive income without actively participating in the game, either by staking or by lending their gaming assets to other players.

It all depends on the model and game design of the specific P2E game. With blockchain technology, players usually get complete control over their in-game assets, but this is not always the case. Before diving into a P2E game, make sure you understand how it works and who is behind it.

P2E games can be free-to-play while still providing financial rewards to players, but some games require you to buy NFTs or crypto assets before you can play. As a result, it is always critical to do some research and assess the risks. If a P2E game requires a large initial investment and the rewards are small, you will most probably lose your initial investment.

In contrast to traditional online games, which require you to create a username and password, P2E games use your crypto wallet as a gaming account, so you will need to create one before you can connect to the game.

How do you get started with P2E gaming?

Here are the basic steps that are typically required to start playing a P2E game.

Create a wallet: You’ll need a cryptocurrency wallet, such as Trust Wallet or MetaMask. You may need to use different wallets or connect to different blockchain networks depending on the game you’re playing.

Connect your wallet to the game: After you have created your wallet, you need to connect it with the game. Navigate to the game’s website and look for the option to link your wallet. Check that you are connecting to their official website and not a spoof.

Check the requirements to play: To get started, most P2E games will require you to purchase their cryptocurrency token or in-game NFTs. The requirements vary by game, but you should always consider the earning potential as well as the overall risks. Make an estimate of how long it will take to return your initial investment and begin profiting.

What’s wrong with some of the play-to-earn gaming models?

One of the major criticisms of some P2E games is that they are more pay-to-win than play-to-earn. Let’s take for example the most popular P2E game right now, Axie Infinity.

It is a Pokemon-style game where Axies can be bought and sold for crypto. To enter the game, you must purchase 3 Axies as NFTs. You can buy them on the open market at varying prices. Each Axie has unique features and stats that define how effective they are in battle. The more powerful an Axie is, the more expensive it will be. Some of them may cost even a few hundred US dollars. This means you may need to spend around $1000 dollars to start playing. You’ll most likely agree with us, this is an exorbitant price.

Another big downside of some P2E games is that they have an unsustainable game economy. Some gamers have made a fortune by beginning to play a game that then skyrocketed in popularity because the reward tokens they received were suddenly worth a lot more. Axie Infinity is again an excellent example. The market value of their reward tokens ($SLP) was $0.05 at the beginning of April 2021. By the end of the next month, the SLP price skyrocketed to $0.36. This sounds very attractive but it can go the other way too. In fact, at the time of writing (July 2022), the $SLP is only worth $0.04.

At this point, you may be wondering why the prices fluctuate to this extent and where the money comes from at all. The prices oscillate partly because of the risk-reward dynamic of early adoption and also because of a volatile crypto market. But even more important is the source of the money that you can earn playing the game. In fact, the answer is simple. You either earn the inflation coming from the game’s tokens or the money people contribute to the game.

This is exactly where the unsustainability problem of these games begins. This play-to-earn model only works when there are new people buying in at a steady pace. Each player must pay several hundreds of dollars to join. This funds the cycle for other players who are trying to make money selling Axie NFTs.

However, when the majority of players play the game to make money, the supply and demand balance breaks down. Someone must buy and someone must sell in order to maintain the demand-supply balance. A market of only sellers is doomed to failure.

Tokens like the SLP have an inflationary nature, meaning that the game operator creates crypto assets to reward the players. Due to this economic mechanic, there are always more and more tokens available on the market. And, players have to sell those tokens if they want to earn fiat currency.

The fact that all players are incentivized to sell their tokens and not to hold them creates what’s called selling pressure on the asset price. Because, everyone is selling the play-to-earn token, and few people are buying it due to the fact it has limited utility, the price goes down. As you can see below, the SLP has been declining steadily despite the growing popularity of Axie Infinity.

A final stumbling block is the lack of value of these P2E games. Let’s be honest: for the vast majority of players, the casual ones, these games offer little or no long-time value. Video games were originally intended to be a source of entertainment rather than profit. Players pay to participate in exchange for a fun and engaging activity. This fundamental viewpoint seems to have disappeared in some of the play-to-earn games as they are all about making money. If a game is all about selling NFTs, sooner or later the influx of new players will dry up. A P2E game (or any game for that matter) can only be sustainable if the majority of participants play it for the game itself and for values which are not exclusively financial.

So what does a sustainable P2E in-game economy look like then?

The solution is simple: the primary reason for playing should be the game itself. If it is a fun game that players are willing to spend some money on and if it can earn them some reasonable returns, you have a sustainable play-to-earn game design.

As you can see, the solution isn’t crazy. There is just a shift in focus. Instead of “how can I earn money from other players”, it should be “I want to play this fun game and generate returns while having a good time”.

Learn more about the concept and philosophy of AlphaVerse here. It will launch in 2022. Until then subscribe to our newsletter to get the latest news about AlphaVerse games and NFT sales.